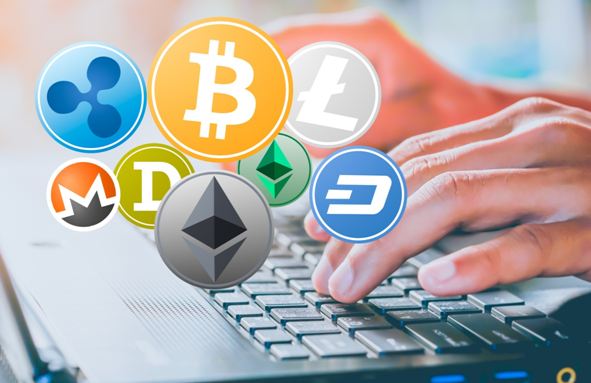 Anyone with a debit has likely used an automated teller machine at some point. These kiosks primarily let you check balances, make withdrawals or deposits, or transfer funds between accounts. It’s an easy way for customers to do some basic banking without visiting an actual bank branch.

In recent years, though, investing in cryptocurrency has enjoyed growing popularity. It’s also given rise to secondary businesses, such as Bitcoin ATMs. If you’re not familiar with cryptocurrency, you may ask, “How does a Bitcoin ATM work?”

In the early days of cryptocurrency, Bitcoin was the only major cryptocurrency. You can think of each bitcoin as a kind of computer file. When you own bitcoins, you store them in a digital wallet. You can trade these files online through a peer-to-peer system called an exchange.

The exchanges log the bitcoin transactions by way of blockchain technology. Blockchain uses a distributed storage scheme that makes it very, very difficult for anyone to fake or alter the records.

This kind of digital currency offers a sort of alternative to traditional banks, but the value of the bitcoins stems more stock market valuation. That makes crypto investments speculative, much as stock market purchases prove speculative.

What is a Bitcoin ATM?

How Does a Bitcoin ATM Work?

Bitcoin ATMs resemble traditional ATMs. They are typically a freestanding kiosk located in a business or, occasionally, out in public. These kiosks don’t connect with the local banking system, however.

Instead, they maintain a full-time internet connection that keeps them linked with the cryptocurrency exchanges. At the kiosk, you’ll typically verify your identity. Many of the ATMs use text message code.

You typically scan a QR code to access your bitcoin wallet. Then, you’ll choose to buy or sometimes sell a given amount of cryptocurrency. You pay the machine for the cryptocurrency using cash.

If the ATM lets you sell your bitcoins, it may also dispense cash for the sale.

Bitcoin ATMs and You

The question of how does a Bitcoin ATM work isn’t that different from how does a normal ATM work. You verify your identity with a text verification code or perhaps a QR code. Then, you get access to a small set of transaction options.

The principal differences are that you deal with cryptocurrency and have a smaller set of options. As a general rule, you can only buy or sell at the Bitcoin ATM.

Looking for more cryptocurrency information? Check out the posts in our Business and Technology sections.