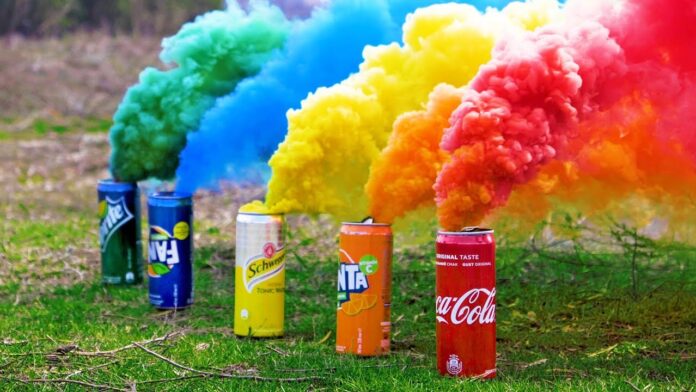 Carbon dioxide is an odorless and colorless gas produced by the decomposition of organic matter, such as wood, in nature. In the process of photosynthesis, exhaled by humans and absorbed by plants from the air. Also, used in the production of carbonated beverages.

Water is significant because it interacts with other combustion products, lowering combustion efficiency. For a short distance, it may also decrease visibility.

Carbon monoxide is a colorless and odorless gas that is very harmful and regulated by the Environmental Protection Agency (EPA). The quantities are rather high, although they are very light and quickly diluted in the open. As a result, there is no issue.

Hydrocarbons and other organic compounds are not produced in sufficient quantities to be a problem.

A complex mixture of small solid or tar (liquid) particles known as particulate matter. The size, shape, density, and other physical attributes of the individual particles vary greatly but are too small to be seen with the naked eye. Small pieces of partially or unburned wood that fall out quickly aren’t included since they don’t present an issue with visibility, but they can become firebrands.

These microscopic particles can linger in the atmosphere for days, even weeks. They obstruct visibility significantly. Because of its microscopic size, it penetrates the lungs in the same way as tobacco smoke does, aggravating respiratory issues like emphysema. Due to the restriction in visibility, particulate matter is the most serious issue with smoke. The contrast is washed down by these microscopic particles, which absorb and scatter light. They can also serve as nuclei in the production of fog, but there is usually enough material in the air to serve as nuclei already.

Symptoms of smoke exposure in healthy people include irritation of the eyes, nose, and throat, as well as breathing difficulties. Chest tightness, wheezing, shortness of breath, and coughing are some of the more severe symptoms. Smoke can aggravate asthma, chronic lung disease, and cardiovascular disease in people who already have them. If you get symptoms that do not respond to your usual medicine under smoky settings, consult your doctor right away. People of all ages are harmed by prolonged exposure to any type of smoke. Smoke from fires, like cigarette smoke, can harm your body’s capacity to clear big particles and excess mucus from your lungs and airway. However, the healthy lung has a great ability to recover from the effects of smoke, provided there is time to recover.

Smoke that is visible near your home might be dangerous, especially if you have breathing difficulties or are sensitive to smoke. The following are guidelines from the local health department:

1. If you are sensitive to smoke, get out of the area as soon as possible. Stay inside with the doors and windows closed if you choose to stay.

2. To limit the quantity of smoke drawn into your home from the outdoors, put a high-efficiency particulate air (HEPA) filter on your air conditioner if one is available. The number of irritating tiny particles in indoor air may be reduced by using a HEPA filter.

3. During hot weather, elderly or fragile people who do not have access to an air conditioner are advised to stay with family or friends who do.

5. Recognize the signs and symptoms of smoke inhalation and pay attention to them.

6. Call 911 right away if you have severe shortness of breath, chest pain, decreased mental function, or other life-threatening symptoms.

7. Keep an eye on local news for updates on the fire and smoke. Continue to follow all safety procedures and directions issued by the fire department.

[Adapted from US EPA and NM Department of Health fact sheets]