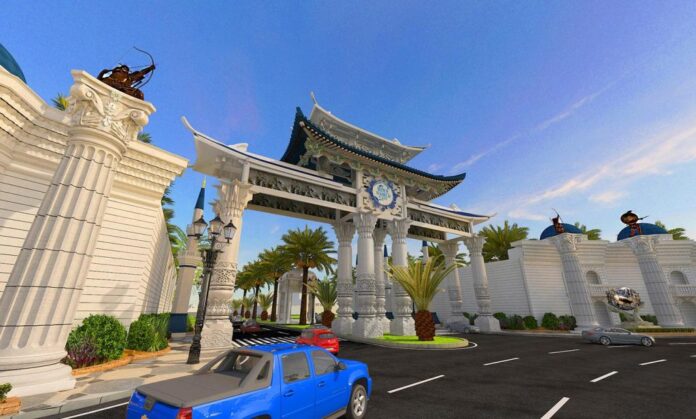 Blue World City Islamabad is Islamabad’s highest-ranking housing neighborhood. The Blue Group of Companies (BGC) is developing it in partnership with the world-renowned Shan Jian Municipal Engineering Company. It is conveniently located between the Chakri Interchange and the new Rawalpindi Ring Road. It is currently one of the most affordable housing developments in the area, and it has attracted a lot of investor interest. This is a nice choice for anyone looking to invest in a residential scheme with a high rate of return. Blue World City also offers online services, including blue world city verification, online installment, an online certificate of registration verification, and application status. Blue World comprises several blocks, including the General Block, Overseas Block, Blue Hills Country Farms, Awami Villas, Blue World Economic Zone, Orbital Apartments, and the low-cost Awami Residential Complex.

The Blue Group of Companies owns and develops this one-of-a-kind real estate property. Saad Nazir owns BGC. He is the son of Lahore’s former Deputy Commissioner. For the development of Blue World City, BGC has also signed an agreement with Shan Jian Municipal Engineering Company, one of the most experienced and skilled engineering firms in China. This Chinese corporation has also built some of China’s most well-known real estate projects. The architecture of the dwellings is identical to numerous architectural projects similar to those in China, making this a Pak-China-friendly housing project. It is also along CPEC lines, making it an excellent location for commercial Pak-China socio-economic activity. The establishment of this project by Pakistani and Chinese employees illustrates their friendship and collaboration in the growth of both countries in a pleasant working environment. Such a hospitable environment is great for Pakistan’s and China’s economic growth.

You may also like to learn about the Park View City Islamabad.

When buying a home, the region is usually the first thing on the investor’s mind. Rather than determining a sense of security, the area dictates the availability of every person’s requirement. Furthermore, a speculator must weigh the benefits and drawbacks of a property’s location before making a deal. On the main Chakri Road, the Chakri Interchange is close to Blue World City Islamabad. The M-2 Lahore-Islamabad Motorway provides easy access to the project. In addition, the project is adjacent to Islamabad’s new international airport.

The Blue World City Master Plan is a perfect, well-designed, and well-executed plan developed with prominent national and international developers. It incorporates the most up-to-date urban town planning concepts. The Moza village of Sehal is located in the Blue World City. Blue World City’s master plan divides the land into residential, agriculture, and commercial zones. The size and classification of these plots, on the other hand, differ for each block. Blue World City Islamabad has bought 5000 Kanal in total, which would be divided into blocks and plots. The sizes of the residential, farmhouse, and commercial plots are as follows, according to the master plan and its implementation:

As per the master plan, there will be a predetermined quota for general and public employees shortly, which has yet to be disclosed. Furthermore, a vast network of carpeted paths would connect all regions of BWC and society with the twin cities. A 120-foot-wide Main Boulevard, 80-foot-wide main highways, and 40-foot-wide streets will be featured prominently in the housing society.

This estate has already attracted the interest of financial backers due to its outstanding location. It has become a highly regarded project among speculators and realtors, with a wonderful ambiance. It offers an elegant way of life away from the hustle and bustle of the metropolis. Furthermore, the expansion of Blue World City provides one of the most suitable routes between Islamabad and Rawalpindi. Simultaneously, claiming a serene, quiet, and sumptuous living atmosphere unmatched by any other private venture. This is among the reasons why the Blue World City Rawalpindi stands out among Pakistan’s gated communities.

HOW DOES CUSTOM PACKAGING CHANGE THE TREND OF MARKETING?

Where Does MrBeast Live?