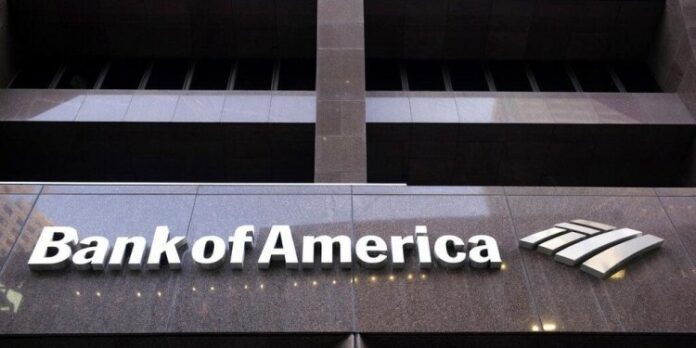 Bank of America bets on e-commerce

While the bank anticipates a difficult holiday season for retailers this year, it also anticipates an acceleration in the second half of 2022 as the shift online continues. It predicts that by 2024, 24 percent of global retail sales will be conducted online, up from around 19 percent this year.

“We estimate global eCommerce industry revenues will reach $5.4tn FY23 [full year 2023], with healthy 14 percent 3-year sector growth as Online penetration continues, and we believe 2H [second half] acceleration could be a catalyst for US eCommerce stocks in 2022,” the analysts wrote in an Oct. 13 research note.

Amazon is the bank’s top pick in the sector, owing to increased product availability and faster shipping times in 2022, which will “drive a reacceleration in growth,” analysts wrote in an Oct. 13 research note. They also like its cloud computing strength, with Amazon Web Services accounting for more than half of its operating profit in recent years.

However, according to BofA, Target, along with Walmart, is stealing Amazon’s e-commerce market share. “While we anticipate a healthy 17 percent increase in US eCommerce growth for Amazon in 2021, we anticipate faster growth for Walmart at 21 percent and Target at 20 percent,” the analysts wrote.

Target was singled out by BofA as being “well-positioned for Holiday,” owing to its status as one of the country’s largest importers, which allows it to gain shipping port access ahead of competitors — it typically begins receiving goods for the season in June. “Target is positioned to drive continued digital momentum (particularly through its same-day offerings – Drive Up, Pick Up, Shipt),” said the analysts.

As a large importer, Walmart is also able to navigate potential supply chain congestion, according to BofA, while pointing to digital advertising as a “alternative profit stream.” Walmart Connect, the grocer’s ad platform, reported a 95 percent increase in sales in the second quarter.

The note from BofA comes as ongoing global supply chain issues threaten holiday inventory levels, prompting retailers such as Amazon and Target to begin offering holiday promotions even earlier than usual in order to get ahead of the lack of inventory. Target stock forecast at press time is $300.

Despite a slowdown in domestic consumption, analysts chose JD.com, a Chinese retail giant listed in the United States, as “likely to grow faster than the industry average due to room for both user growth and more merchants on the platform.”

In Europe, the bank chose Farfetch, a British-Portuguese retailer, for its “unique” model, in which it sells luxury fashion via its online marketplace but does not own goods, implying less risk in its business strategy, according to BofA. According to analysts, it also provides more options for customers and “better pricing” for brands. “As a result, Farfetch has been able to grow twice as fast as its market in the last five years, and should grow 30-35 percent in the medium term,” the analysts wrote. “The valuation currently offers an especially appealing entry point for [the] long term story,” they added.

According to BofA, MercadoLibre, a Buenos Aires-based online marketplace operator, is poised for “rapid” growth in Latin America. It is constructing a network of drop-off and pick-up points for goods, which is expected to shorten shipping times, and has also expanded into TV content distribution, which is “creating new potential revenue streams,” according to analysts.

All of the stocks are overweight-rated, which means that Barclays analysts expect them to outperform the market, and all of the price targets have a 12-month time horizon.

These are Barclays’ “conviction stock ideas with catalysts” for the fourth quarter:

Swatch Group, a watch and jewelry company, has a 48 percent potential upside to Barclays’ price target. “With sentiment appearing to shift and management reiterating its guidance in October, we see room for another potential earnings beat,” the bank said of its 2021 results, which are due in January.

According to Barclays, Idorsia, a Swiss pharmaceutical company, is “on the verge of becoming a serious biotech contender.” The bank also likes its management team, which sold drug company Actelion to Johnson & Johnson in 2017 for $30 billion. According to the analysts, the stock has a potential 46 percent upside to the bank’s price target, and its current underperformance “is a buying opportunity.”

International Petroleum, a Canadian company, is on track to become debt-free by the end of 2022, and Barclays expects the company to return more than $50 million to shareholders through share buybacks. According to the bank, it has a 38 percent upside potential.

Daimler, the automaker, plans to spin off its truck business in December, forming two companies: Daimler Trucks & Buses and Mercedes-Benz Cars & Vans. “After the spin, Mercedes-Benz Cars & Vans could release more than €10 billion [$11.4 billion] in working capital in the coming years, which could be returned to shareholders,” the analysts predicted.

Total Energies, the French oil giant to which Barclays assigned a potential 27 percent upside to its price target, said: “We continue to see the ability of companies to generate value from low-carbon businesses as key to long-run value creation.” TotalEnergies is still the market leader in this area.”

“We maintain our positive outlook for equities, but anticipate a higher volatility/lower returns regime in the near term,” the bank said. Analysts, on the other hand, prefer stocks to bonds, claiming that bonds are “more vulnerable” to inflation.

Zoom shares have lost more than half of their value since their all-time high in October 2020, at the height of the pandemic. In 2021, the stock is down 18.5 percent. In the meantime, the Nasdaq Composite is up 18.1% this year.

“We believe growth will bottom in the fourth quarter, but we believe the market has priced that into current stock prices, making the risk/reward look more appealing,” JPMorgan’s Sterling Auty wrote in a note titled “Enough is Enough.”

JPMorgan raised its rating on the Zoom stock forecast from neutral to overweight. The firm maintained its $385 price target for the stock in December 2022, implying a 40% increase from Thursday’s close.

Zoom, along with Microsoft’s Teams product, is expected to be a big winner in the enterprise UCaaS, or unified communications as a service, market, according to the bank.

“The pandemic has most likely permanently altered employee behavior, making them much more comfortable with video collaboration as a method of communication first and foremost, rather than a desktop phone.” “We see large enterprises focusing more on UCaaS platforms that can combine video, calling, contact center, CPaaS, chat/task management,” Auty said.

JPMorgan also noted signs that customer churn data is stabilizing as the company approaches the one-year anniversary of the pandemic’s peak user sign-ups.

“Product enhancements and capabilities are increasing stickiness for those who have an ongoing need for video communication,” Auty said.

According to the analysts, the shares are now trading at 16 times JPMorgan’s 2022 revenue estimate, making it an appealing entry point.

On “Squawk on the Street,” Cramer stated that Tesla is the “single biggest star in terms of supply chain,” citing improved gross margins of 30.5 percent in its automotive business.

Tesla shares, which hit an all-time high of $900.40 per share on Jan. 25, surged nearly 4% to just below that level in late-morning trading after falling in the premarket. Tesla stock forecast from its side looks really robust.

According to the “Mad Money” host, Tesla is one of three companies that many on Wall Street have written off but “keep coming back.” The other two are Amazon and Netflix. He stated that he refers to them as TAN.

“Let the sellers come in just like they did on Netflix yesterday,” Cramer said as Tesla shares fell ahead of the open. Cramer warned against selling Netflix following a downgrade by Deutsche Bank on Wednesday. On Thursday, Netflix’s stock increased by 3%.

Tesla’s Shanghai factory has been producing so well that the company has begun exporting vehicles to the United States, a feat that Cramer found surprising.

The company is also establishing factories in Austin, Texas, and Berlin, where it will compete with German automakers such as BMW, Volkswagen, and Mercedes-Benz.

“Who’s in their back yard?” Who is it that is putting up an American flag there? Why don’t we give them a higher rating? Tesla deserves my respect. “I believe it will go to $1,000,” Cramer predicted.

What Makes League Of Legends Fun To Play Game?

What Should You Know Regarding Child And Dependent Care Credit?

If you're having transmission problems, it's important to get them fixed as...
Read more

Have you ever wondered how to make your own cryptocurrency? In this...
Read more

If you're having transmission problems, it's important to get them fixed as...
Read more

Have you ever wondered how to make your own cryptocurrency? In this...
Read more