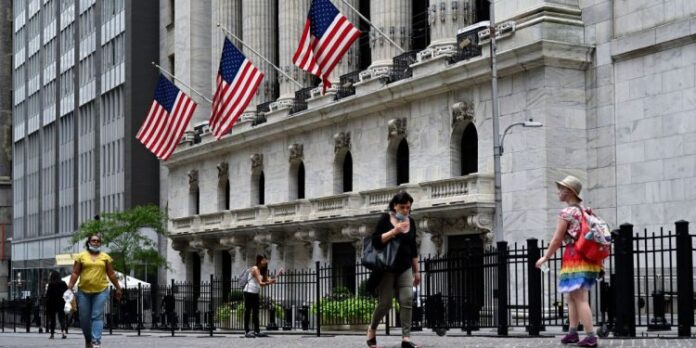 Consequence of stagflation in the stock market

Stagflation describes an economy that is experiencing both stagnant economic activity and rising inflation. The phenomenon was first identified in the 1970s, when an oil shock caused a prolonged period of higher prices but sharply declining GDP growth.

Rising inflation during a period of weak economic growth has become more common in the decades since. However, as energy prices and supply chain shortages skyrocket as a result of the coronavirus pandemic, fears of a return to stagflation are spreading.

According to a Bank of America Global Research survey released on October 19, 34% of global investors anticipate stagflationary conditions in the coming year. This is an increase from 20% last month – see for instance, clka stock or airbnb stock) and the highest reading in nearly ten years.

“We’ve had questions from fund managers and investors in general about that topic and whether that is a potential risk,” Liberum investment strategist Joachim Klement said. While fears of stagflation remain prevalent in the markets, “nobody really believes this is the worst-case scenario,” he added.

According to Klement, there is a less than 5% chance that high inflation will coincide with close to zero economic growth next year.

BlackRock Investment Institute’s investment strategists go even further, claiming that there is “no risk” of stagflation. “It’s the first time since the 1970s that a supply shock has been the primary culprit,” analysts led by BlackRock’s Jean Boivin wrote in a research note published Monday. “This is where the parallel ends.”

This viewpoint hasn’t stopped investment banks from trying to figure out which stocks are most likely to outperform if a stagflationary environment occurs.

Best stocks for stagflation according to experts

According to Liberum, a U.K. investment bank, defensive sectors and companies with pricing power are likely to perform best during periods of stagflation. Food and tobacco companies, for example, as well as pharmaceutical and utility companies. Vertically integrated businesses were also thought to be well-positioned.

According to Liberum analysts, cyclical industries such as construction and hardware were likely to suffer. To be sure, cyclical stocks tend to move in lockstep with the broader economy.

Senior: British jet and auto parts manufacturer Senior was identified as one defense-oriented stock that Liberum discovered to be a top performer during previous periods of stagflation, with Klement noting he was “pretty confident” the stock would outperform again if such market conditions returned.

Cranswick: Liberum also singled out Cranswick, a food product supplier based in the United Kingdom, as a “highly specialized and niche” company with the kind of pricing power that will help it thrive during a period of stagflation. “The pricing power argument is that it should be able to pass on higher inflation rates to consumers,” Klement said.

TT Electronics: TT Electronics, a British manufacturer of electronic components, was named by Liberum as one of the top performers in the United Kingdom during previous periods of stagflation. Along with Cranswick, Klement suggested that TT Electronics’ pricing power would help the company through a period of high inflation and low growth.

IAG: IAG, the parent company of British Airways, was another of the top performers, according to Liberum, which evaluated the companies that have performed well over the last 30 years. Analysts at the investment bank rate the stock as a buy, citing optimism about a possible relaxation of travel restrictions in the next year or so.

TSMC: Jefferies analysts studied five stagflation-like periods since 2001 and discovered that firms with high-quality cash flow outperformed strongly. The Taiwanese chip giant was singled out as one of the top performers during previous stagflation-like conditions.

Samsung: Jefferies analysts highlighted South Korean semiconductor giant Samsung as a stagflation stock pick, particularly as cash flow and balance sheets are scrutinized. It is yet another example of one of the “cash machines” outperforming previously.

BHP Group: Jefferies chose the world’s largest miner as one of the stocks with the highest market capitalization. Companies with a market cap of more than $5 billion were chosen as top performers with high-quality cash flow, a high free cash flow track record, and a solid balance sheet.

China Telecom: Jefferies rated the China-based telecommunications company highly across all selection criteria, and – tougher with BABA stock –  it was a rare example of a company recognized as both a cash machine and a stock with consistently higher free cash flow growth than earnings growth when compared to other Asian and Japanese stocks.